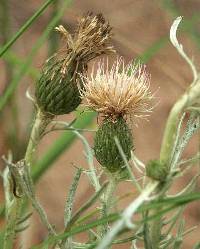 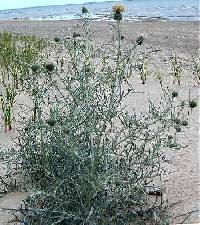 A beautiful species, endemic to the outer dunes of the Great Lakes, in Wisconsin restricted to those of Lake Michigan. Flowering from mid-June through July; fruiting from (late June-) July through August (-September).

Cirsium pitcheri and the endemic grasses listed above show wes~ ern affinities. Ownbey (personal communication) is of the opinion that C. pitcheri and certain biotypes of C. canescens are closely related. Both have a rather similar ecology,11 the relevant monocarpic biotypes of C. canescens (Cirsium plattense (Rydb.) Cock. ex Daniels) being mostly restricted to the rather unstabl e sand of the Nebraska "Sandhills" region, and C. pitcheri to the dunes of the Great Lakes. Almost exactly the same relationship holds for the Calamovilfa varieties. As a matter of fact, in the Nebraska Sandhills, Cirsium canescens commonly grows together with Calmovilfa longifolia var. longifolia, just as their derived taxa do in Wisconsin. Both thistles die following fruiting. Assuming this relationship, it is evident that C. Pitcheri must have evolved since the last glaciar tion about 10,000 years or less ago. One may postulate that a small, isolated, inbreeding population of C. canescens, perhaps only a single seed, was brought to the shoroo of the Great Lakes sometime after the final glacial recession and became established in thi s ecologically receptive habitat. With limited genetic material , and lacking opportunity for introgression, this "founder population" (E . Mayr, cf. Goodhart 1963) differentiated rapidly into the strikingly distinct C. Pitcheri. The uniformity and environmental severity, as well as the "openess" of the beach habitat need also be considered to account for the rapid speciation and uniformity of this species, as well as for that of the endemic Calamovilfa, Agropyron (cf. Senn and Gillett 1961), Iris lacustris, and Hypericum Kalmianum (cf. also pp. 267-268 of this study).

Even though the historical evidence is circumstantial, considering the glacial history of the Great Lakes and the highly peculiar ecological situation of the lakeshores, these species do furnish the evolutionist with the rare opportunity to evaluate accurately evolutionary rates, in this case rapid speciation. The Dune or Pitcher's Thistle is therefore one of Wisconsin's most interesting species, deserving protection from eradication, especially from the well-meaning but botanically uneducated owners of lakeshore cabins, and from unsophisticated weed specialists and county agents, to whom any thistle is a "weed." Unless protection is given to its last remaining colonies in Door County, the Dune Thistle will, like many other of Wisconsin 's native plants, become extinct, its beauty and interest notwithstanding. And that would be a pity! 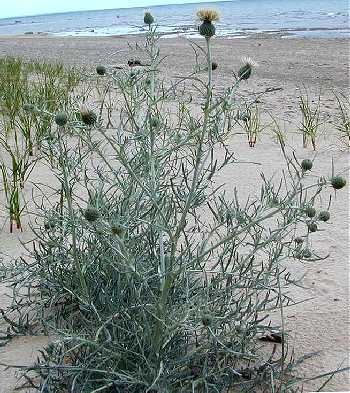 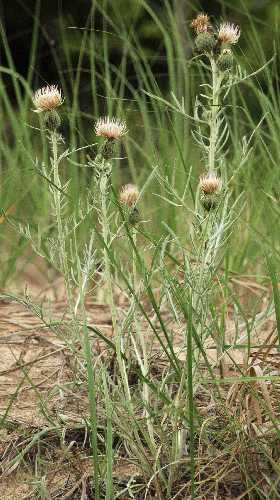 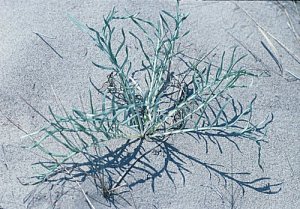 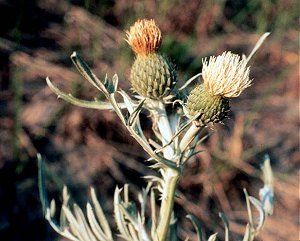 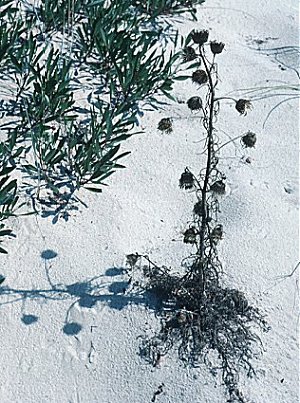 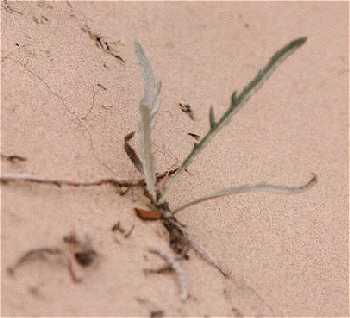